I want to make an Android app which uses a WebView to display a webapp built on React Framework. Create React App is a simple way to bootstrap a react app using WebPack and BabelJS to translate JSX to plain JS and bundle the code. The Create React App scripts provides a simple live-rebuild and webserver feature for local development and makes an npm run build command available to generate an optimized build.

Rather than host this webapp on a server, I would like to make it available locally under the assets folder in the Android app to minimize latency. I would also like the webapp automatically rebuilt everytime I compile the android app and refreshed in the assets folder.

The Android Gradle Plugin unfortunately uses fancy features of the Gradle DSL to build a task based on build target configurations at runtime making it difficult to hook onto one of the :assemble or :build tasks while compiling.

However, one of the early tasks that runs during Android App compilation with Gradle is called :preBuild and allows us to reliably hook into it for running or own asset generation routines.

To do this, I appended the following at the bottom of build.gradle of the android application. I first create a Gradle Exec task which runs the npm run build command in the directory containing the webapp sources. I then create a Gradle Sync that copies the generated webapp files to the assets folder. The Sync task depends on the Exec task. Finally I make the Android build’s :preBuild task depend on our Sync task so that the assets are build and copied before the Android app is compiled. 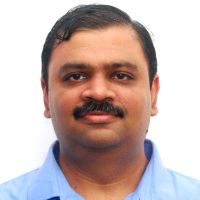 Srinath E-mail Curiosity driven innovator in data science & evidence based marketing. Programmer for over 25 years. Multi-instrumentalist.
« A color theme inspired by the beautiful scenary of the Nile riverbank in Egypt How type embedding intersects with Pointer and Value method receivers in Go »